A swimming pool in western Sydney is excluding men at certain times four days per week to cater for Muslim women.

From next week, the Blue Water Swim School at Condell Park is closing the pool to men for an hour at a time on Monday, Wednesday and Saturday afternoons and Tuesday night.

This is so a group, Aquatic Flex, can run women’s only lessons, which have been promoted on the Facebook page of a hardline Sunni Muslim group that advises Islamic girls to avoid having non-Muslim friends.

‘It’s for women who want to be without any men there and, okay, a high proportion of them could be Muslim,’ he told Daily Mail Australia on Friday.

‘In western Sydney, there are a lot of Muslims here in this area, for sure.’

Muslim women wearing hijabs cheerfully arrived at a swimming pool in Sydney’s west on Monday afternoon for the launch of women-only classes.

The Blue Water Swim School at Condell Park is closed to men for an hour at a time on Monday, Wednesday and Saturday afternoons and Tuesday night. 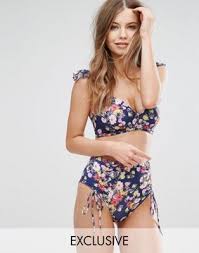 This is all so an aqua therapy group, Aquatic Flex, can run women’s only lessons. One woman was pictured carrying foam noodles through the pool entrance on Monday.

Fatme Taha, director of Aquatic Flex and head swimming instructor, said her clients were a diverse group of ‘young girls, mums, single mums and even grandmothers.’

‘They include women who are Muslim, Christian, Hindu, Jewish and women of no faith. All are welcome,’ she said in an online statement.

‘We do cater for women only and I do not and will not apologise for this,’ Ms Taha added.’I encourage all my clients to take their approach to physical activity seriously and provide a setting that will help achieve this.

Aquatic Flex said the swimming groups were ‘diverse and inclusive of women from all socio-economic, cultural and religious backgrounds.’

Instructor Fatme Taha said most of her clients were Muslim women who preferred to be segregated from men.

‘For our community, for sure, yes, they don’t like to get mixed with men,’ she told Daily Mail Australia.

‘Segregated, yes, especially in the water because coming out of the water the lady feels revealed and the clothes gets tight on her and she feels uncomfortable so they prefer not to have men watching what they do.’

Images of women in hijab swimming costumes have been posted on Facebook to promote the classes.

They show the women in black holding foam pool noodles as part of an aqua therapy session to help deal with back pain, which is running for the next 10 weeks.