On 5 July 1946, a French engineer and designer unveiled an outfit “smaller than the world’s smallest swimsuit”. Louis Réard, who had recently taken over his mother’s lingerie business, knew that the two-piece would make considerable impact, so he aptly named it after Bikini Atoll – the test site for the atomic bomb located in the South Pacific. He then hired skywriters to fly over the French Riviera advertising his design as “smaller than the smallest bathing suit in the world”. Not bad for a relative novice.

Just over 70 years ago, Louis Réard invented the bikini. After a three-decade hiatus, the brand he created is reborn this year, but can the team create demand for $650 bikinis?

Richard Emanuel swears that it wasn’t the barely dressed model that drew his attention to the cafe poster. “It was a beautiful vintage art print for some brand called Réard, which I’d never heard of,” says the entrepreneur. “I looked it up, and found it has this incredible history. And that got me thinking.”

Some detective work uncovered that the brand name had been passed around various owners since the company ceased trading in the late 1960s, but had never been revived. So Emanuel bought it – and subsequently found himself in the swimwear business.

Réard was not wrong in predicting that his bikini would make serious waves. It changed the way women dressed on holiday, offering them options aside from the swimsuit. The designer went onto launch his own label, selling swimwear for the next 40 years. In the late 70s, he left the brand and died shortly after. The company lay dormant for over 30 years – until now.

Helmed by former Chloe designer Celine Adler, Réard is back and it hopes to revolutionise swimwear once again.The difference to Réard and its contemporaries goes beyond its graphic aesthetic; its uniqueness lies in its ability to straddle luxury design with attention to fit.

“When it comes to luxury swimwear, there are very few brands that offer minimalist, modern style, as well as an architectural shape and fit that accentuates and beautifies a woman’s figure,” Adler told us. “These elements are mostly reserved for brands that don’t have a luxury or modern image. I really believe there is a place for us in the market – to be able to offer women a product which is desirable, premium, and in which they’ll feel beautiful and confident.”

It was the summer of 1946 and society was trying to get back on its feet after World War Two. Businesses had to make an impression – and fast. So Réard devised the first two- piece swimsuit and named it after Bikini Atoll, a collection of islands in the South Pacific where the atomic bomb was tested. He created the bikini. All 30 inches of it. 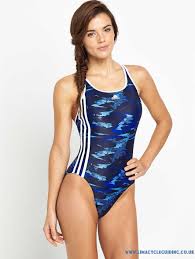 Réard’s invention debuted at the trendy Piscine Molitor swimming baths in Paris, worn by one Micheline Bernardini, a nude dancer – because no professional model would go near the job. There was outrage. Catholic countries – and Australia, surprisingly – banned it. The Miss World pageant barred it, too.

“It is inconceivable that any girl with tact and decency would even wear such a thing,” opined Modern Girl magazine. The French, naturally, loved it. Some 50,000 of them wrote letters of support to Réard. As an early poster for the brand had it, any woman wearing one, well, elle fera l’effet d’une bombe! (would be a bombshell).
The collection itself is inspired by minimalist graphic shapes from the Bauhaus movement, fused with the effortless style of 70s icons Jane Birkin and Lauren Hutton. While Adler wanted to veer away from creating a nostalgic, vintage-inspired brand, she says the pieces are rooted in Réard’s distinctive approach.

“He invented new and innovative ways of liberating women without any constraints, as well as helping them to feel free and independent which we want to continue,” she says. “In the same way, we pride ourselves on creating beautiful products; each piece has a history, a story to tell, especially in terms of quality and innovation to ensure support and comfort.”

Make a beeline for Réard now before everyone else does.