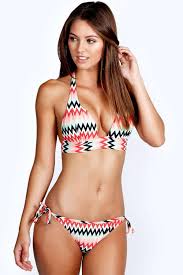 She’s rose to fame in the original series of TOWIE as the proud mother of Mark and Jess.

And Carol Wright looked as glamorous as ever while on a sun-filled getaway with husband Mark Wright Snr on Friday.

The 56-year-old showed off her sensational figure in a strapless bikini as she lounged back on a sunbed.

Tying her blonde locks off her face, she beamed at her camera as she showed off her sun-kissed complexion with minimal make-up.

Mark Wright Snr, 60, meanwhile wore a pair of blue swimming trunks to enjoy the sunshine, shielding his eyes with a pair of dark shades.

It is not the first time the reality star has showed off her incredible age-defying figure, with daughter Jess previously sharing a sweet tribute to her mother.

She later reclined on a wicker sunlounger while sporting a pretty pink floral swimming costume with a navy waistband.

Jess added a caption on the tribute reading: ‘I don’t know what I would do without you. Thank you so much for teaching me how to be the best I can be & not only being a mum but being my best friend too.

‘You are the most selfless person I know. Love you more than the world thinking of all those without their mummy’s today too’.

Proud mum Carol makes no secret of her adoration for her four kids, also counting Natalya and Josh, who do not appear on the ITVBe show.

Carol rose to fame in TOWIE’s 2010 inauguration in which her son and daughter, Mark and Jess appeared as main characters while she threw her support beside them from the sidelines.

Still making occasional appearances on the show, the blonde beauty has become a permafixture on the show alongside her best pal Debbie Bright.

Also appearing on the show at the start was Carol’s mum Nanny Pat, real name Patricia Brooker, who sadly passed away in December 2015.

Nanny Pat had passed away in December 2015 at 80-years-old following a short illness.

The Wright family released a statement following her death that said: ‘Sadly our amazing, courageous and beautiful Nanny Pat passed away this morning… We are overwhelmed by sadness.’

Mark tweeted at the time: ‘My heart is broken but so overwhelmed by your support.

‘To know good ole Nanny was loved by so many is the best feeling in the world. Thankyou.’